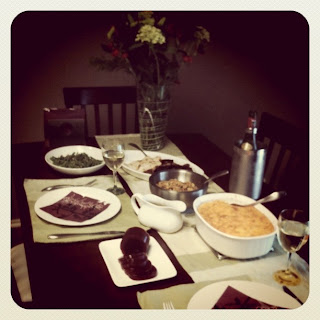 It was another T-day for two here which is wonderful but also makes us wistful for family time (soon enough, Xmas tickets are ready and waiting!). Austin picked up his favorite brisket and turkey from our local bbq joint and we made all the sides including mashed potatoes (cream cheese, sour cream, butter, and more!), stuffing, green beans (lemon-hazelnut butter), and pumpkin pie. We're also going to try our homebrewed cider soon hoping that it became carbonated as planned.

It was in the 70s this morning which made me a little bummed but the cold front came and we watched the thermometer drop rapidly in just one hour. It's now 47° and we've got the fire roaring. Just what we wanted. It's been another amazing holiday for us.
Posted by Kelly at 8:07 PM No comments: 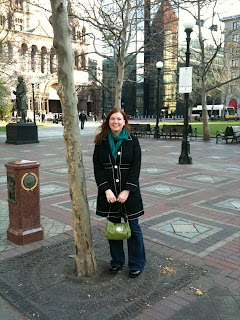 It's been a great time and I'm hoping to see the Harvard area before heading back.
Posted by Kelly at 5:22 PM No comments: 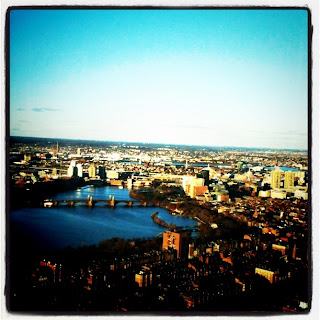 As I review presentation notes, this is what I see for the fair price of a glass of malbec.
Posted by Kelly at 2:23 PM No comments: 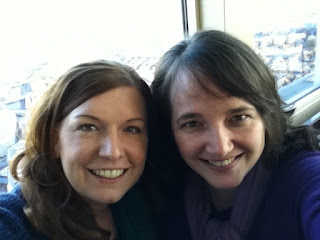 I'm at a foreign languages conference in Boston enjoying the sessions and seeing my colleagues.
Posted by Kelly at 2:22 PM No comments:

Wow, another week has flown by. I meant to post this earlier but there is just so much going on (most of it not exciting bloggy material, however). Last weekend, we tested a recipe from a favorite blog of mine, Herbivoracious, which features some fantastically interesting vegetarian food. It's such a great website, in fact, that the author is writing a cookbook and invited his readers to test some of the recipes. Our assignment turned out to be Indian Fry Bread Tacos and they were indeed worthy of published cookbook greatness.

The author thought I might have had them living in the southwest but it turns out I actually had them several times in Spoontown, WI while growing up. They came out great- we'll almost certainly make them again- so if you're in the mood for something good, they have been approved by the LundeRoy Bistro. The fried bread might sound on the unhealthy side but the piles of delicious veggies that top it more than make up for the decadence of a fried base (and I think it would work great with whole wheat flour).

We had so much fun trying out the recipe that we offered to test another and tomorrow night will be making an Ethiopian dish. I'll try to post about it before next weekend this time!
Posted by Kelly at 6:02 PM No comments: