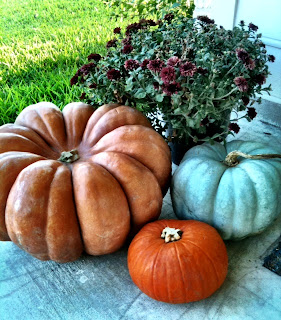 I can't believe only one week of October remains. Having a wedding trip/vacation in the middle of the month made time seem to fly. We've got a busy November coming up too so I feel like it will soon be Christmas.

We had a low-key weekend. Austin bought me some pumpkins, I made a caramelized onion strata for dinner (ok, but I'm not sure I'll make it again), and we watched the big Packer game on Sunday. We didn't get around to putting up Halloween decorations outside so hopefully we can do that early this week.
Posted by Kelly at 12:03 PM No comments:

The real reason we went to Arizona, of course, was to attend a wedding. When the bride wears red shoes, you know it's going to be a good time. 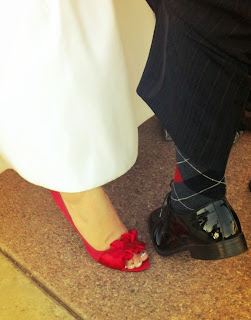 The wedding invitation had a "game of love" theme and the wedding didn't disappoint. The tables were named after board games and my sister, cousin, and our husbands just happened to be seated at the "Trouble" table. I particularly enjoyed the wedding because the bride's family was German so there was a lot of bilingualism going on. I spoke Spanish at our table with a fellow teacher and also with a bartender. Celebrating the marriage of a very cool couple with a side of language made the wedding extra enjoyable to me and hopefully others. What a blast!
Posted by Kelly at 3:48 PM No comments: 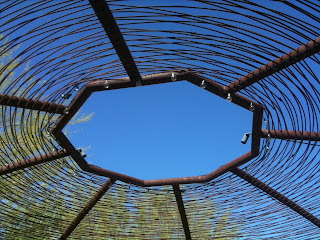 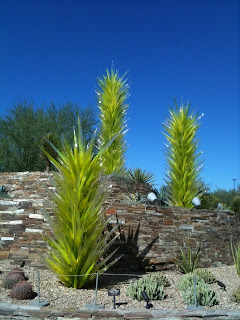 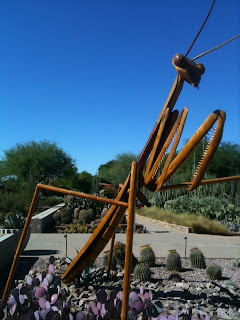 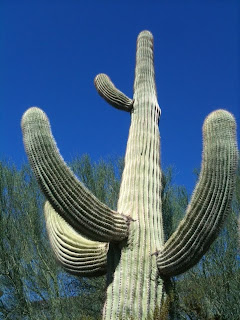 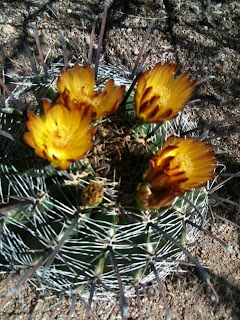 Our pre-flight outing today. We loved seeing all the desert flora and a bit of fauna too as well as sculpture.
Posted by Kelly at 4:17 PM No comments: 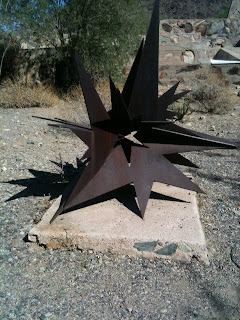 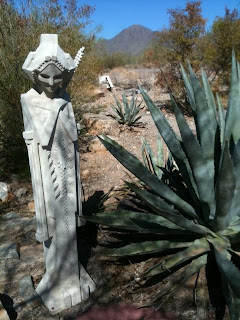 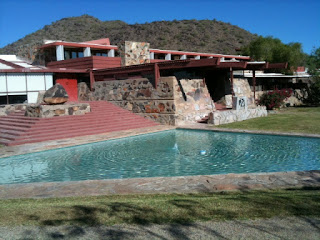 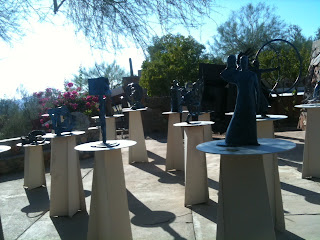 While I'm waiting for our flight and using MiFi (courtesy of father-in-law, Mike), I thought I'd post a few pictures of our tour of Frank Lloyd Wright's winter residence. We really enjoyed seeing it and learning more about his work.
Posted by Kelly at 4:15 PM No comments: 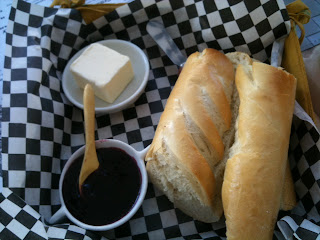 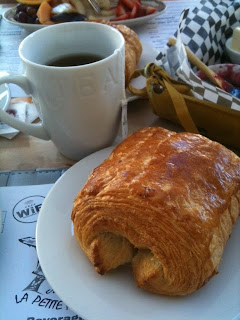 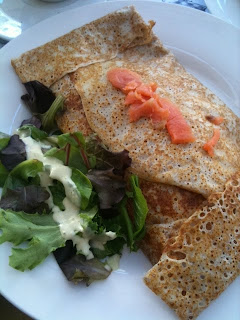 We enjoyed breakfast at the crêpe restaurant yesterday. True to the French way, we got a basket of baguette with butter and jam. We also got amazing chocolate croissants and crêpes filled with omelets. Austin got trois frommages and I got smoked salmon. Best of all, we spoke French with the owner!
Posted by Kelly at 6:43 PM No comments:

Perfect Day for a Wedding 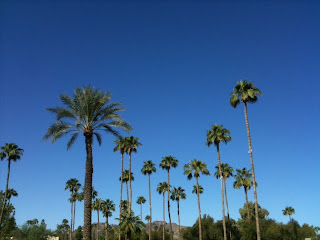 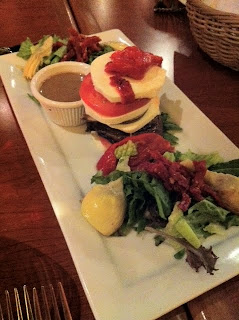 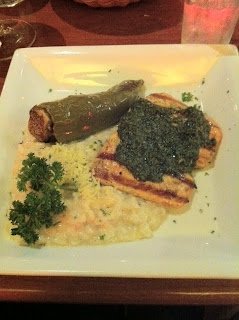 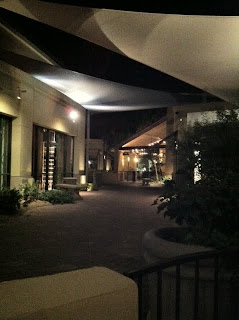 We went out for dinner at Cove Trattoria. Kelly won a free appetizer by checking in with Foursquare and we enjoyed dinner with Kelly's sister , cousin, and their husbands. We ended the evening at a fantastic wine pub, Terroir, and Kelly found a crêperie breakfast venue for tomorrow. She was thrilled to speak French with the owner who complimented her on pronunciation. We've been having a wonderful vacation and look forward to the wedding tomorrow.
Posted by Austin at 12:21 AM 3 comments:

Lunderoys at the Grand Canyon 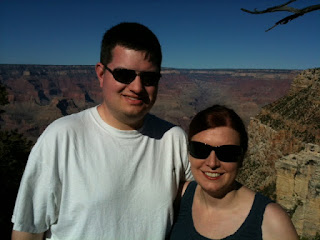 A gorgeous day that started around 40 degrees and hit 80 just we left to return to Phoenix for an evening with the bride and groom as well as friends and family.
Posted by Kelly at 5:01 PM No comments: 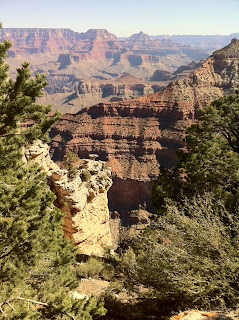 Posted by Austin at 2:22 PM No comments:

Leavin' on a Jet Plane

We're heading out of town tomorrow (technically today) for Arizona. Austin's good college buddy/roommate is getting hitched and it's another wedding we'd never miss. We land at almost the same time as my sister and her husband (Austin's former college roommate, yes another). We'll be making a quick trip to see the Grand Canyon then heading back to Phoenix to join the other wedding guests-- family and friends. That's right, my sister and my cousin and I all married roommates (and of course the groom is another of the college roomies) so this trip promises to be a wonderful time for catching up. I'm going to try to post lots of photo updates while we travel so stay tuned.

PS Aunt Mary and other kitty lovers- Stinky is all set up on automated food and water plus Cat Cam and a pet sitter. Kitteh is fully automated!
Posted by Kelly at 11:12 PM No comments: 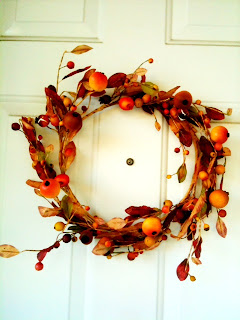 Don't be misled by the photo; fall in Texas means we have the doors and windows open as much as possible. It's different than the crisp autumn weather I miss but I have woken up chilly a few mornings so far. I'll take what I can get, especially after a summer that officially had only three, THREE, days that were not tied or breaking record temperatures.

I've set out fall decorations in the house and this weekend we'll do a few minor yard decorations. I can't believe those will be up (at least the non-Halloween stuff) until they are replaced with Xmas decorations the day after Thanksgiving.*

Depending on how the weekend goes, I'm also considering visiting a pumpkin patch. After my pumpkin vines failed, it might be fun to select my own rather than just scooping a few up at the grocery store.

*Still in need of Thanksgiving guests, come one, come all!
Posted by Kelly at 12:54 PM No comments: