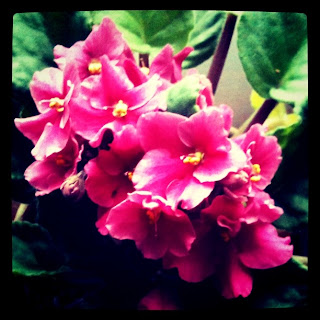 We had a quiet weekend as I mentioned earlier. Saturday was great, though, we ran a few errands and then watched the Packer game. Stinky disapproved of our interest in such a lowbrow game what with the loud cheering and clapping; he retired to the guest room not angry but just disappointed. After the game, we watched Dinner for Schmucks since it was based on the French movie Le dîner de cons. It turns out the American version was terrible but now I'll have to re-watch the Le dîner and Austin wants to see it too. Still, it was a great night and we had the fire roaring the whole time.

Yesterday was the usual Sunday slog; laundry, groceries, and the like. We had the other play off games on just to see what happened. Austin's mom is coming on Thursday so it's always nice to have a little more motivation to clean (not that she would care) and I wanted to get the house in ship-shape with the semester beginning this week.

Austin is now off and running for his short work week and I'm finalizing some administrative tasks for class (i.e. fighting with course management software). I've also got a little more writing work to do before giving my adviser the latest incarnation.

As for the photo in this post, I just like to include an image most of the time. I've always loved African violets and can remember my gramma getting me the ones that come in a tiny pot with a little thread that draws water from a container below. This one has just exploded into blossoms and its purple friend is about to do the same. It's also a little tribute to my cousin KT who just had a baby girl named Violet. Warmest new-baby wishes to the Stevens family!
Posted by Kelly at 9:23 AM